On International Day in Support of Victims of Torture

See No Evil, Speak No Evil: No Impunity for Torturers 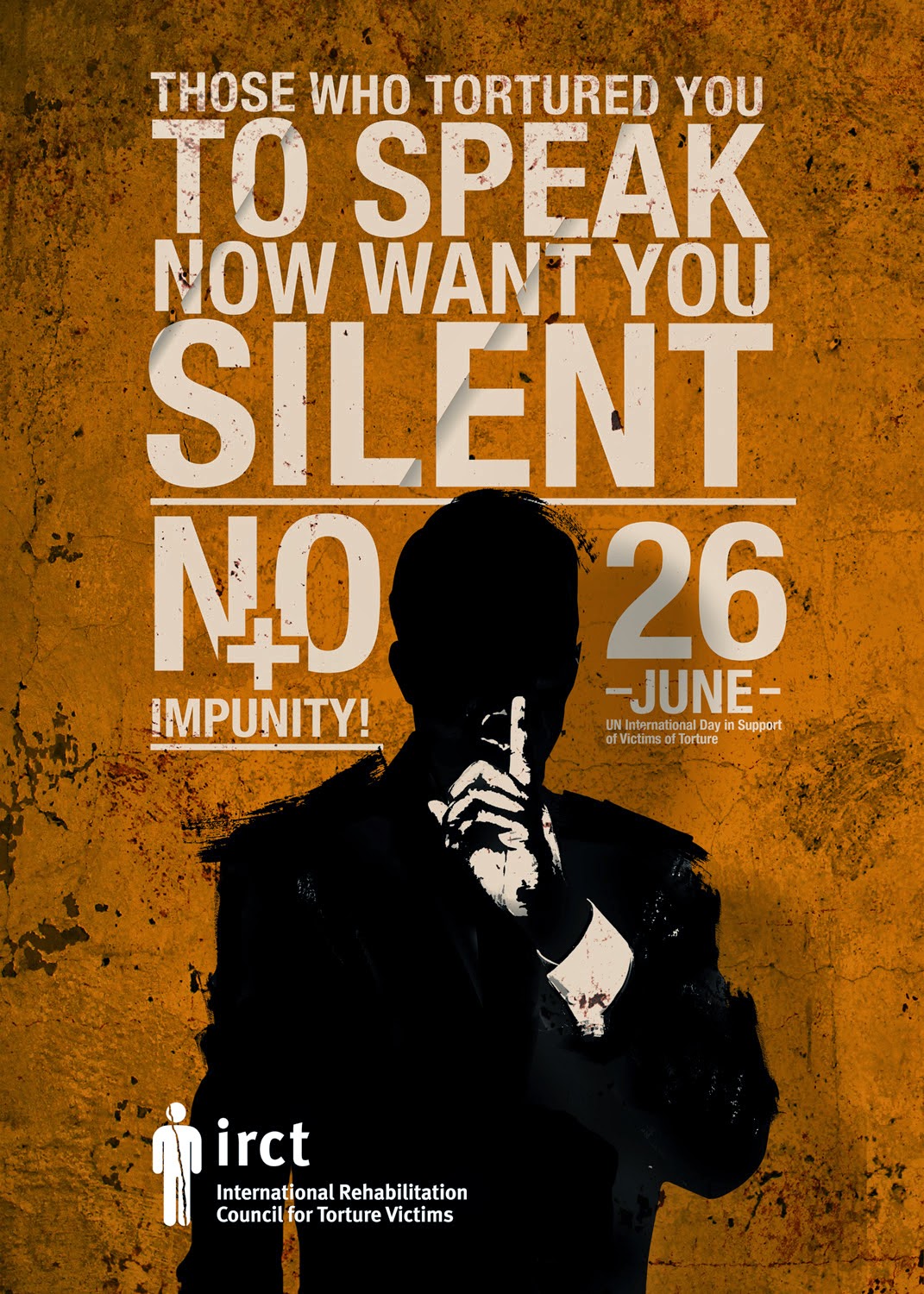 “Everywhere and every day, crimes of torture are committed against men, women and children and, in most cases, no one is prosecuted or punished for them. These crimes are committed with impunity.”

This year marks the 30th anniversary of the UN Convention Against Torture, which became international law on 26 June 1987. Nonetheless, the use of torture continues to grow, with impunity. Impunity is the failure of the state to fully investigate violations; to bring to justice and punish perpetrators; to provide victims with effective remedies; and to take all necessary steps to prevent a recurrence of the violation.

The United Kingdom is no exception to this situation.

The failure to investigate and prosecute allegations of prisoner abuse by the British military in Iraq, has led to the intervention of the International Criminal Court in The Hague. Allegations have also been made of prisoner abuse in Afghanistan and have been proven of British intelligence involvement in the “rendition” and torture of British and foreign nationals abroad. Rather than investigate and prosecute, the government has chosen the route of secret courts, partial and non-impartial investigations. NO prosecutions have been brought in spite of the seriousness of the allegations.

Please join us as we stand in solidarity with all victims worldwide, raise awareness of the crimes against humanity being funded by British taxpayers without their knowledge, and demand accountability and justice.


Some resources on the UK government and torture impunity:
Globalizing Torture: CIA Secret Detention and Extraordinary Rendition (2013), a comprehensive report on extraordinary rendition: see page 115 onwards for United Kingdom
http://www.opensocietyfoundations.org/reports/globalizing-torture-cia-secret-detention-and-extraordinary-rendition
NGO Liberty on UK Complicity in Torture
http://www.liberty-human-rights.org.uk/human-rights/no-torture/uk-complicity-torture
Resources by NGO Reprieve on UK torture complicity involving its clients
http://www.reprieve.org.uk/investigations/ukcomplicity/history/
Archives of Baha Mousa Inquiry into the torture and death of an Iraqi civilian by the British army in 2003 http://webarchive.nationalarchives.gov.uk/+/http://www.bahamousainquiry.org/
On-going Iraq torture inquiry (Al Sweady Inquiry)
http://www.alsweadyinquiry.org/
Detainee Inquiry http://www.detaineeinquiry.org.uk/
All-Party Parliamentary Group on Extraordinary Rendition http://www.extraordinaryrendition.org/
World Without Torture: The UK has still not learned its lesson that torture is wrong
http://worldwithouttorture.org/2014/05/29/the-uk-has-still-not-learned-its-lesson-that-torture-is-wrong/
On Britain's Use of Torture: http://opendemocracy.net/ourkingdom/aisha-maniar/on-britains-use-of-torture
The International Criminal Court (ICC) at The Hague on why it is carrying out a preliminary examination of the UK for war crimes in Iraq
http://www.icc-cpi.int/en_menus/icc/press%20and%20media/press%20releases/pages/otp-statement-iraq-13-05-2014.aspx
And the UK government's response

Posted by London Guantánamo Campaign at 5:19 AM